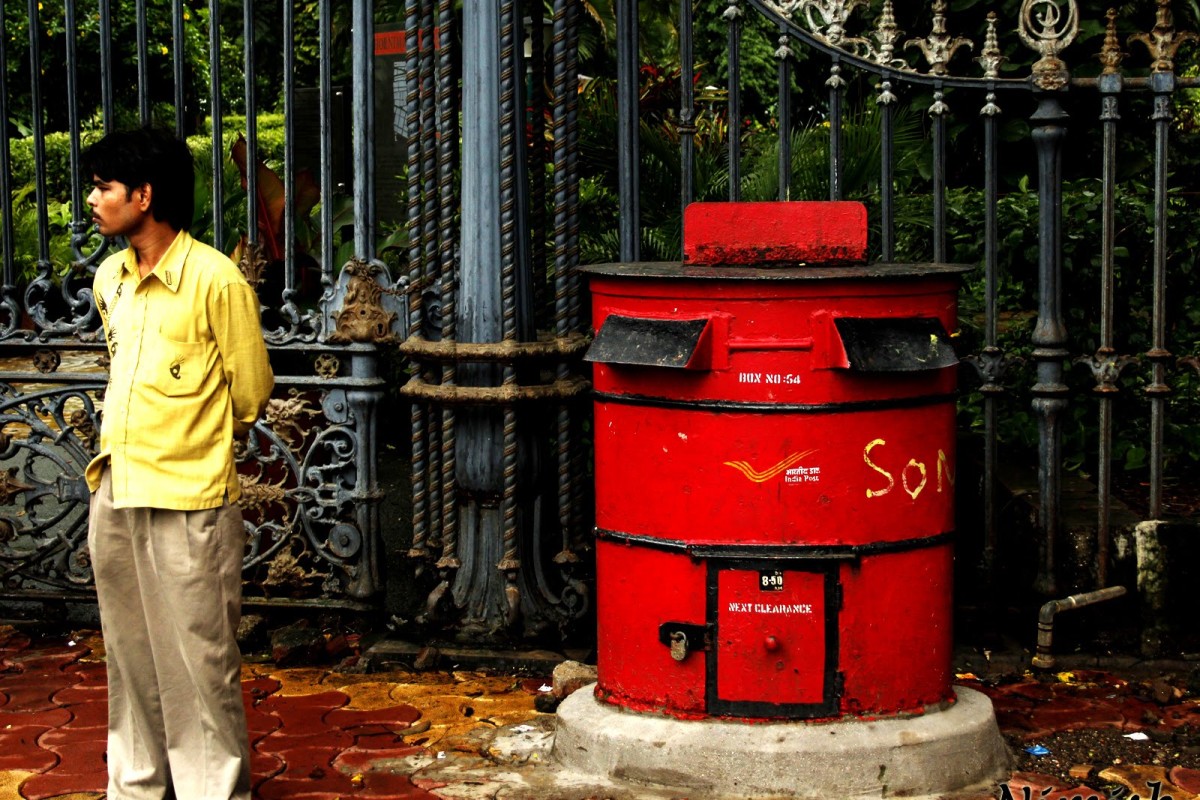 Three things, in ascending order of stupidity, were going through my mind when i was composing this shot :
Scenario 1 : This guy is probably waiting for his girlfriend, to spend some quality time with her in the Horniman circle garden behind him. He’s had a long work week. In fact, he’s just come straight from his office to this spot. For a change, he has arrived earlier than his girl.
Scenario 2 : This guy had probably come to drop a letter in the box. But in the hurry (probably due to lack of sleep, as explained in scenario 1) ended up dropping the envelope filled with his salary cash. Now starts the wait till NEXT CLEARANCE which according to the letter box is at 8.50 am. 20 minutes to go till then.
Ok, now do not judge my mental well-being on this one.
Scenario 3 : This guy has probably had a fight with Box No 54. He was confused as to which side to put the letter in through. He asked the letter box himself and on not receiving any answer started kicking and abusing him. Box No 54 is probably thinking to himself, “The impatient fool, can’t he see i am forbidden from speaking till 8.50am?” and he goes back to sleep, leaving the stranger looking out for help.
I can’t remember the last time i used a letter box. Probably a decade back. Wonder how many people in the city (barring for official purposes) use the letterbox for personal mails. Hell, even office work happens through courier services these days.
But, it feels good to have these around. Reminds you of simpler times.
Take Care
Ciao