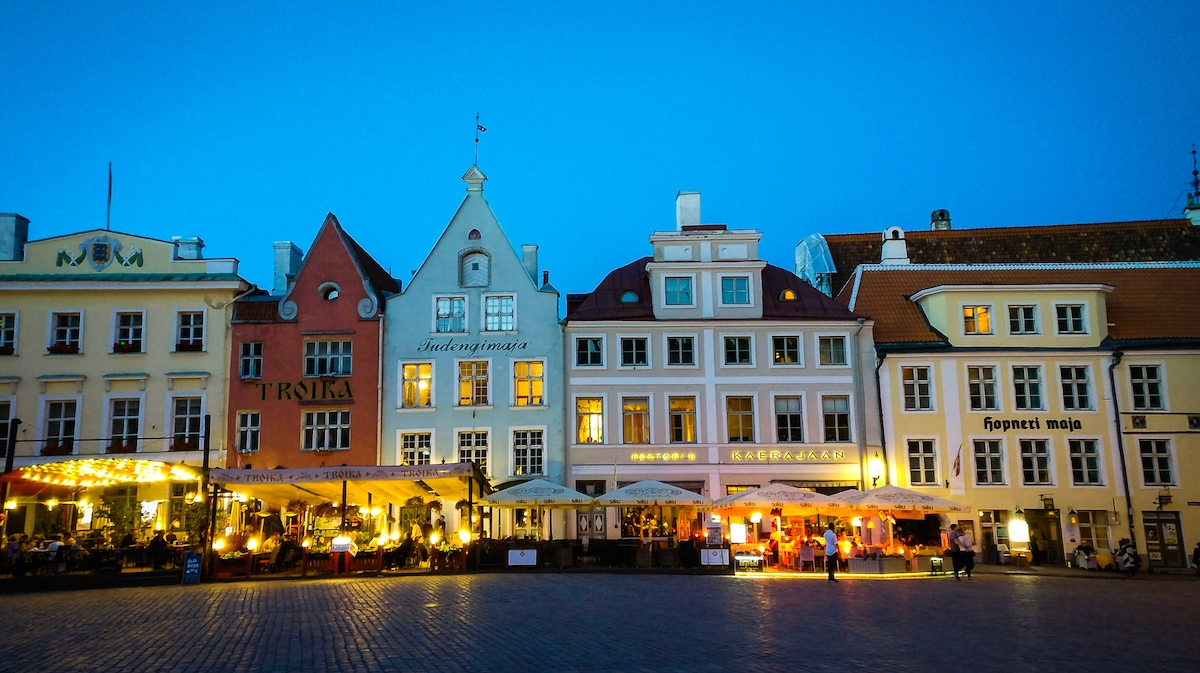 There have rarely been any instances, where I have immediately been sold on a location – after watching a TV show.

Ever since I saw that episode of Travel with Rick Steves on Tallinn in 2014, this Estonian capital had already made its way to my travel bucket list. A city, touching the Baltic sea, with an old town surrounded by fortifications – majority of which was still standing – was all it took to have me convinced.

So when I had a couple of weeks free, after my German fellowship (three months in Germany, whaat?), it was really a no-brainer as to where I would be headed. This is the thing I love about Europe. Getting access to so many different cultures, without having the hassle of bothering with paperwork – God bless the Schengen Visa.

As I made my way outside the airport, I was introduced to a slice of the tech savviness that is part of this country’s DNA. I purchased a travel card, Uhiskaart, for which you pay a 2 Euro deposit and load some balance for local travel. Having come from dot-on-time German public transport, I immediately realised that Tallinn’s sense of time was stretchable, after I waited ages for my bus to the city. That kind of reminded me of Mumbai, where time-wise things are fluid.

Tallinn streets were empty as my bus made its way outside the airport terminal. Only when I had made my way into the city centre, did I see more people around. Turns out the population of the whole of Estonia is a mere 1.3 million people, out of which around 450,000 live in Tallinn. That’s 1/20th the population of the city I come from. To put things into perspective there are more people living in Andheri than in the whole of Estonia.

When I told friends that I am going to Tallinn for a week, I got blank stares. ‘A week in Tallinn?,’ many questioned. ‘You can wrap it up in three days,’ said my German roommate. Ideally, if I were up to it, I could even wrap it up in two days. But I was not really looking at having a hectic tick-off-the-to-do-list vacation. I’d booked myself into this hostel – The Monk’s Bunk – for a good five days and all I was looking forward to, was travelling at a really slow pace.

The moment I checked into my hostel, I was treated to a shot of local cognac by the name Vana Tallin (which translates to Old Tallinn). The mere thought of that translucent dark brown concoction still makes me salivate. It was sweet with a hint of orange. There was a mild bite. A liquer I could easily have more than a couple of shots of. One thing I regret, is not picking up a bottle of it from Tallinn. That shot of Vana Tallinn immediately set in motion the friendly vibes I would continue to keep getting from this tiny European capital.

Most of my time in Tallinn was spent walking around the Old Town, the only reason for which I had decided to go there in the first place. After a point, I sort of became familiar with some roads, as I had exhausted the list of free things to see and do.

With Tallinn, walking led to a plethora of surprises. Discovering a rundown beach by the Baltic sea and taking a walk to one end of it, I stumbled on an abandoned prison which was not accessible, but only visible from a hole in door. I wasn’t expecting to see many Indian restaurants in Tallinn as it’s not really a must-do among the Indian tourists. I was proven wrong on my first evening. After a few walks around the main Town Hall Square, a couple of Indian waiters would flash a smile at me asking me my ‘haal chaal’. I relented and had dinner one evening at an Indian restaurant. Spoke at length with the Andhra owner of the place in Hindi (I was speaking with someone in that language in almost two months). Turned out there was a whole community of Indian traders in Tallinn’s old town. Were I in my journalist mode, I would have surely thought up a story idea.

On another day, I walked into an alcove from where I heard a lot of chatter. This led me to a courtyard which was surrounded by local handicrafts shops and a bakery which was adorned with old grandfather chairs. I just had to have a hot chocolate sitting in one of those cosy chairs.

You’ll see symbols of religion all around you in the old town, but surprisingly, Estonians aren’t a religious bunch. With over 90 percent of the population not following any religion. I didn’t know whether to feel relieved or surprised. But when you consider how technologically advanced this tiny nation is, that detachment from religion seems logical. Having just got independence from Soviet Russia in 1991, Estonia adopted technology early to avoid concentration of power. It’s the only country in the world which offers an e-Residency program. I can go on and on about how tech-forward Estonia is, but I’ll stick to travel.

A side-effect of the being ruled by Denmark, Sweden and finally Russia is that a lot of Estonians are quite reserved by nature. It’s a pretty young country.

Nicola, the effervescent walking tour guide who always had us walking tour participants in splits with her sardonic humour, recalled an amusing instance, to draw home the point of indifference shown by Estonians, to each other. Once when she was travelling in a bus, she noticed one of her neighbours in front of her with her shoe laces undone. But because Estonians generally keep to themselves and are awkward at the aspect of drawing any attention, she didn’t bother telling her neighbour about her laces. This – said Nicola – was considered normal behaviour.

“So don’t get demoralised if elderly Estonians don’t return your smile. It’s just how we are,” she said.

I had five days to figure out if this was indeed true.