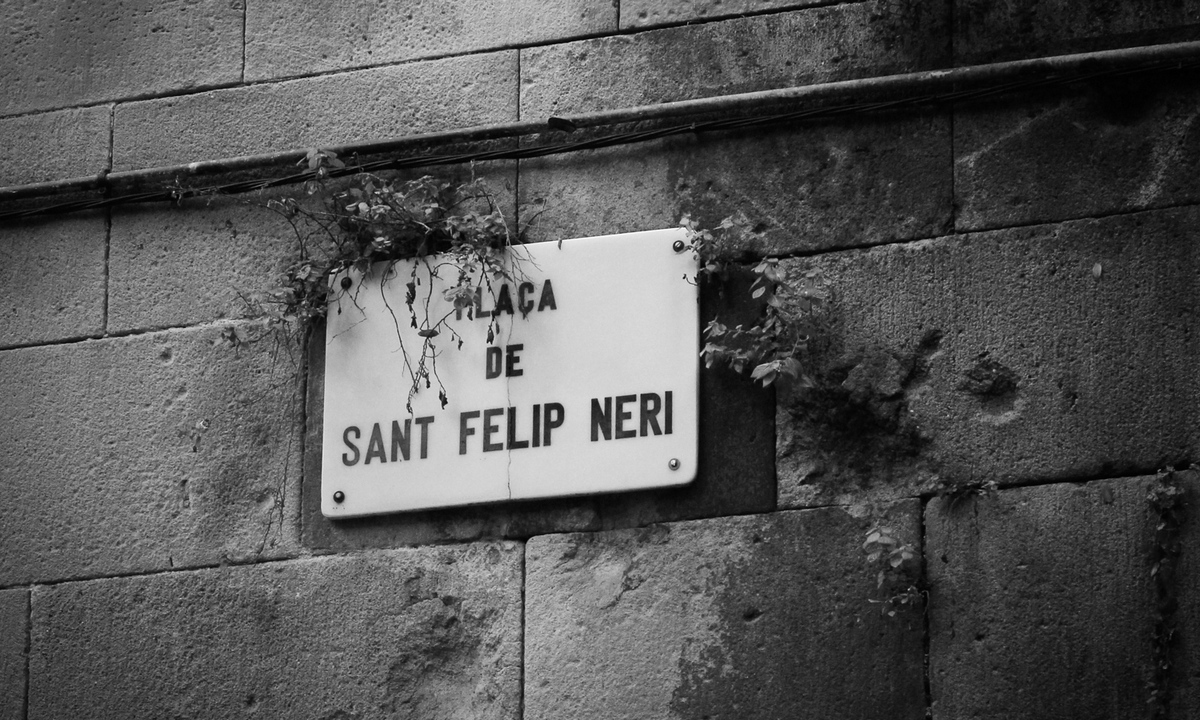 The Gothic Quarter of Barcelona is a chaotic mess.

A Google Map view of the Gothic Quarter shows a hodgepodge of roads and alleys, when not too far from it is structured octagonal-blocks of planned Barcelona. Barrio Gotico, as it’s called in Catalan, is a maze of Gothic structures, cathedrals, narrow lanes, wide open squares and buildings from the Roman era which formed the heart of Barcelona at one point in history. So clearly, for a visitor it can take months or years to completely wrap their heads around the various Calle’s and Carrer’s of the Barrio Gotico. I had the good fortune of being shown around the quarter by a local who lives in the area.

As we made our way around the Catedral, Marta took me aside, “Now I will show you a place that not many tourists know about.” I was expecting her to take me to the Carrer de Bisbe, which is actually quite well known to travellers. But instead of going straight and left, she took a small lane on the right hand side and we entered a courtyard which had a small fountain placed bang in the centre of the square. And true to her word, there was barely anyone apart from a group of three people in this square. A stark contrast from the hordes of crowds just a minute away.

“This is the Placa de Sant Felip Neri. Take a look around and tell me what you observe,” questioned Marta.

But before I could start observing the place, I had this nagging doubt at the back of my head that this place seemed familiar. You know, sometimes you just know that you have seen the place somewhere before. It may be deja vu or as Marta joked, some past-life connection with the place. And no, it hadn’t shown up in any of my research that I had done on places to see in Barcelona. I started thinking hard, but was finding it difficult to recall. I gave up and instead started looking at the place around me. Although it was night time, there was enough light to notice details in the square.

The octagonal fountain, which was more of a glorified tap network with a pail of water in the collecting area below, was surrounded by paved street blocks. There were brown coloured walls of what looked like a school and a church. There were two trees and there were pigeons flying around. I noticed pock marks at the base of the two structures, and pointed them out to Marta, telling her something was off in the architecture at the base and the top. Was it deliberate? I wondered. This is Gaudi’s city, after all.

Marta approved my observations and then took me to the bronze plaque that was located in the building opposite where we stood, and went on to tell me the story.

The Placa de Sant Felip Neri was the site of the bombings by the erstwhile Spanish dictator Fracisco Franco’s air force on 30 January 1938 – one of the most tragic chapters from the Spanish Civil War history. There was one bomb that was dropped in the square which ended up killing close to 30 people, mostly children who had taken shelter in the school in the courtyard. Later when the people around came in to rescue those injured, another bomb was dropped taking the death toll to 42.

The Catalan government had decided not to renovate the buildings and keep the pockmarks intact to remind anyone visiting this square of its brutal past. Even the debris from the attack has been used in buildings around the square. Franco had even used this tragic history to peddle his propaganda of the square being used by anarchists to line up the priests from the church along the wall and kill them by a firing squad – which is absolute rubbish.

I re-visited the square early the next morning. A mild drizzle had just added a lovely wet layer on the cobbled stone pathway leading up to the square. There was a slight nip in the temperature and the courtyard had just two other travellers apart from me. It was a quiet, peaceful place. The Sant Felip Neri school was shut for the day. I walked around the square, touching the pock marks left behind by the bombings.

I couldn’t help thinking about a similar sort of tragedy that took place in Punjab in 1919, which had a much higher casualty.  The Jallianwallah Bagh tragedy, where an English general named Reginald Dyer blocked the only exit to a public park and asked his troops to open fire on the unarmed families who had collected in the garden. There too, the bullet marks in the walls have been left intact. 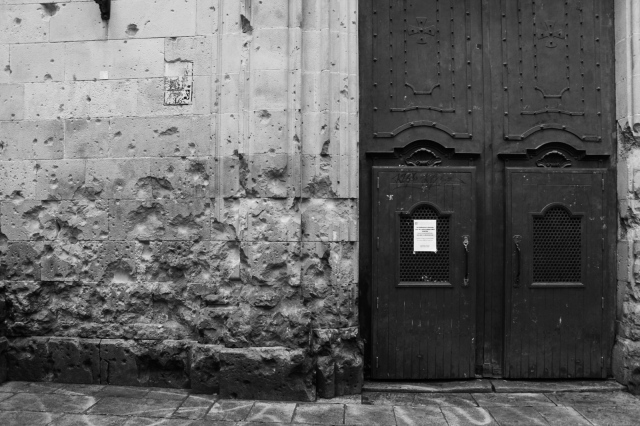 The Baroque facade of the church, which was built in the 1750s, was quite modest as compared to the Gothic finery outside the square. I walked around the fountain, the water in the pail was overflowing today thanks to the drizzle. I dipped in my hand to feel the temperature of the water, waving the hand to create ripples in the cold water.

And that’s when I had a eureka moment.

I finally recalled where I had seen this place. 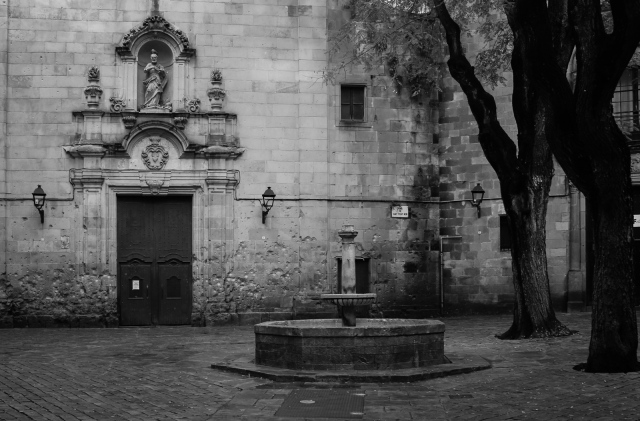 Many years ago when MTV India actually was a music channel and aired music videos, the song My Immortal by Evanescence was picturised in a similar looking location. I fired up Google, and sure enough, this was the place. I always used to keep wondering why are there children playing in the background in that song, which is supposed to show the protagonist as a spirit that is yet to depart from this world. Now I get it.

Whether that was intentional or not, that’s how I now interpret it.