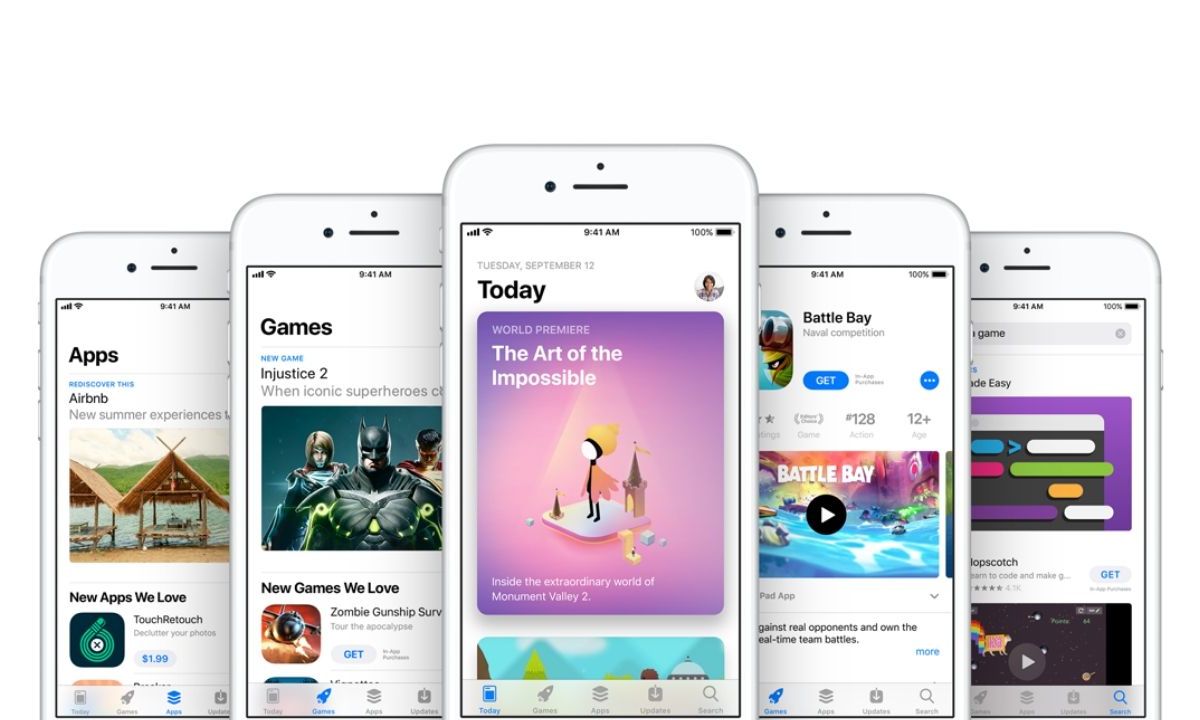 Apple is all set to host its first online-only Worldwide Developers Conference aka WWDC on 22 June. Generally, in the run up to WWDC every year, news about speculations around probable feature announcements on Apple’s software road map start flooding the internet a week prior to WWDC day.

This year, however, with just a week to go for WWDC and the news cycle has been dominated by news which questions some of Apple’s policies, such as the 30 percent Apple Tax.

The EU Commission has pulled up Apple and will be investigating if Apple is indulging in anti-competitive practices when it comes to locking the use of its NFC chip for only Apple Pay. The other major bone of contention is an issue that has been raised by Spotify and Rakuten regarding Apple’s tax and App Store policies.

Looks like Apple heads will have to answer a lot more questions than just those around its software road map come 22 June.

But wait, what is Apple Tax?

Well, there isn’t an official tax with that name. It’s just a developer-slang for the cut Apple takes from any in-app purchase (IAP) on apps on its iOS store if the goods and services you’re providing are digital in nature. There is a more funnier definition on Urban Dictionary as well.

For instance, if you download any app from the App Store and then make an in-app purchase of say Rs 100, and pay through Apple’s payment infrastructure (which just lets you make one-click payment after verifying your biometric ID or Face ID), Apple gets to keep Rs 30 and the developer gets Rs 70.

Some big name apps such as Netflix, Amazon, Spotify do not have this option of in-app purchases on the iPhone or any Apple device. If you are on your iPhone and want to buy that Kindle ebook, you will have to log on to Amazon’s web interface and make the purchase. It’s the same with Spotify, which only offers the free app on the App Store. For subscribing to its paid premium service, you will have to make the transaction on Spotify’s website. These companies either do not want to add the extra 30 percent cost to their service, or do not want to share their app’s income with Apple.

What’s the big deal about charging apps? Apple is providing them a platform

It’s true that Apple has a strong ecosystem of software and hardware products and a dedicated user base. App Store is a platform for app developers to reach out to this user base. It’s natural for Apple to take a cut out of the app’s earnings. But given the fact that even credit card companies charge less than 5 percent transaction cost, Apple’s 30 percent seems way higher. It may not make a huge dent for big name developers but for those who are just starting out, sharing a third of the in-app purchase is a huge amount.

Digital media consultant, Preshit Deorukhkar, feels that 30 percent is too high a tax rate and the independent developers are the ones who are most affected.

“While Apple does take care of the payment processing, CDN (content delivery network) bandwidth, servers, security, etc, 30 percent is a high premium to pay for it. Ideally, it should be like the tax system, wherein up to a certain number (of downloads) there’s no cut, then 5 percent, the next slab at 10 percent and so on. Either way, 30 percent is just too much, especially considering devs can’t offer an alternative within the app,” says Preshit.

Furthermore, in its App Store, Apple is notorious for pushing its own apps over rivals. For instance, if you look up Spotify, Apple Music is also pushed in your face – doesn’t matter if you have it installed on the phone. When you buy Apple Music monthly service, you only pay Rs 99 and no additional tax. If music streaming service Spotify were to offer Premium service through Apple’s in-app purchasing system, you would have to pay Rs 119 (Spotify Premium price per month) out of which Apple would take 30 percent tax and Spotify would get the remainder. That additional tax eschews a level playing field.

For a moment, forget the price difference between Apple Music and Spotify Premium, let’s say both were priced at Rs 99 per month. Then even though a customer gets to choose between the similarly priced apps, the app developer, Spotify in this case, will effectively only get Rs 69 out of that. Subtract GST from Rs 69 and that’s the overall earnings which is 30-40 percent lower than the app price. See how app developers end up earning lesser than expected? Now, replace Spotify with an entry level independent app maker, and do the math for the developer who has to abide by Apple’s cut from their revenue.

The problem with charging an additional fee for digital services arises when Apple is also operating in the same space. A Wall Street Journal investigation had found that Apple tends to push its own apps at the top for categories such as Music, Maps, Books, etc., you get the drift.

Tomorrow if Apple had its own ride-hailing app then in the App Store search results Apple’s ride hailing app would likely show above Uber or Ola, for instance. Apple had denied the WSJ report findings, stating that Apple apps showing on top of Apple Store search results was because they were popular among its users. When it comes to Music, one can still give Apple the benefit of doubt as Apple Music is a popular product. But for ‘Maps’ related search, Apple Maps showing before Google Maps and Waze and for ebooks, Apple Books showing before Kindle? Give me a break.

“First, a large corporation such as Apple competing against indie developers is wrong on so many levels. If I’m looking for an app, the fact that Apple can insert its own apps into the same ad space means an indie dev loses that chance. Moreover, it’s preposterous because Apple’s own apps don’t play by their own App Store rules,” says Preshit, adding that Apple’s own apps blatantly flout guidelines that the company enforces on other apps.

Last year, Spotify became the first company to file a complaint with the European Commission over Apple’s 30 percent tax on in-app purchases, citing that it stifles competition.

“In recent years, Apple has introduced rules to the App Store that purposely limit choice and stifle innovation at the expense of the user experience—essentially acting as both a player and referee to deliberately disadvantage other app developers. After trying unsuccessfully to resolve the issues directly with Apple, we’re now requesting that the EC take action to ensure fair competition,” Spotify founder and CEO, Daniel Ek had said in his complaint last year.

This was followed by three demands, which come across as fair for any app developer:

On 16 June, European Commission opened a formal investigation to assess if Apple’s App Store violated any EU competition rules when it comes to distribution of third party apps.

In addition to Spotify, ebook and audiobook distributor Rakuten had also filed a complaint against Apple’s IAP charges on 5 March. Just today, there was yet another instance where Apple showed who’s the boss when it threatened to take an email service app, called Hey, off the App Store if it didn’t allow consumers to buy its $99 per year service, through Apple’s IAP.

Margrethe Vestager, the executive VP in charge of competition policy said, “Apple sets the rules for the distribution of apps to users of iPhones and iPads. It appears that Apple obtained a “gatekeeper” role when it comes to the distribution of apps and content to users of Apple’s popular devices. We need to ensure that Apple’s rules do not distort competition in markets where Apple is competing with other app developers, for example with its music streaming service Apple Music or with Apple Books. I have therefore decided to take a close look at Apple’s App Store rules and their compliance with EU competition rules.”

To give a bit of a background, Vestager is the same commissioner who has been the brains behind many fines levied on Silicon Valley’s Big Tech royalty. If Vestager is looking into an antitrust matter, you better have bullet proof defence. Google has repeatedly faced the music from Vestager; it’s a different matter that Google has managed to avoid paying a large part of the penalties. Apple is already fighting off a $14 bn tax fee that was levied on it by the EU Commission.

With the WWDC keynote to take place next Monday, it was surprising to see Apple release a number-heavy news piece on 15 June, focussing, not surprisingly, on one particular aspect.

Based on analysis by an economic consulting firm Analysis Group, the App Store facilitated the sale of both digital and physical goods and services amounting to $519 billion in all of 2019. This is surely a number that would generally make up a few slides at the start of the WWDC keynote, where Apple CEO Tim Cook generally runs through some massive numbers pertaining to Apple to get all the attendees hyped up about the upcoming announcements.

Out of this, around $61 bn is the collection of in-app purchases of which 30 percent cut is pocketed by Apple and 15 percent if the app has long term subscriptions. The majority of this pie ($413 bn) comprises physical goods and services for which Apple does not charge its 30 percent tax.

Apple hasn’t said it out loud, but it sure looks like its wants to portray to regulators that a major chunk of revenues made from its App Store isn’t taxed by Apple. In my many years as a tech scribe, I haven’t seen Apple just randomly release such big numbers unless they’re spoken of at some keynote or as part of its quarterly results.

Given Apple’s pivot to services and plateauing of iPhone sales numbers, it is difficult to say that Apple will voluntarily discount the 30 percent in-app purchase fee. It owns the ecosystem and it will make the rules.

Big players such as Netflix, Amazon, Spotify and others can have their apps on the App Store even if they don’t allow IAP. The argument in this case is that these are considered to be ‘Reader apps’ ie. users of these apps have already subscribed to these services and iPhone is just another platform to use these apps. Sure, it comes at some cost to these big name apps as Spotify mentioned in its letter to the EU Commission – it is not allowed to reach out to its subscribers on iPhone. Spotify was also for the longest time, not available as a service on Apple’s smart speaker – the HomePod.

A smaller app developer does not have the option to challenge Apple. For them, it’s either toe Apple’s line or forget releasing an iOS version of their app. Unless the EU Commission finds Apple guilty of anti-competitive practices, things will most likely carry on as before. But hats off to the EU Commission for getting the timing right.

It will be interesting to see if Apple will indeed address this elephant in the EU at the WWDC Keynote next week.