Earlier this year, I took off to Kochi, my maiden visit to ‘God’s own country’. I hadn’t done much research on Kochi, and wanted the place to surprise me. The only visual I had in mind were the 14th century Chinese fishing nets that have become a symbol of Kochi, and that was one of the primary reasons I decided to pick this location. That, and the fact I had never set foot in Kerala.

On my first stroll around Fort Kochi, I knew that this place was filled with street art gems that would have to be discovered over the next four days that I was here. The approach to my hostel was via this road which was walled off on both sides and had old trees providing the canopy. The white-washed walls were painted with the Kochi-Muziris Biennale 2016 ads. I had read about this Biennale, the first of its kind to have happened in India from 2012 onwards, but couldn’t recall much. 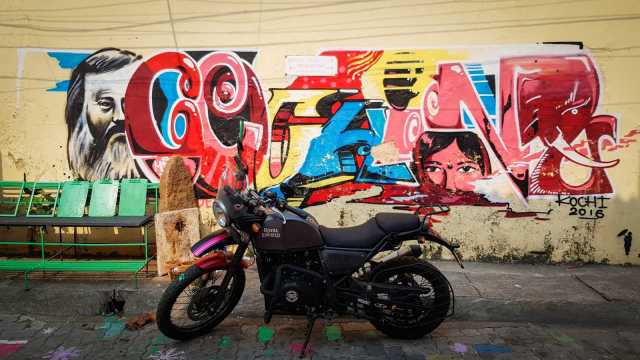 As I walked around Kochi, the walls started rewarding me with views of the artwork around this old town which is a melting pot of cultures. Towards the end of this year, from 12 Dec 2018 to 29 March 2018, will be the next edition of the Biennale. Street art by its very nature being very ephemeral, some of the art murals in this blog may not exist in a couple of months.

Here are some of the murals that impressed me. The art works showcased local portraits, concept works, hand-painted art exhibition advertisements and more. 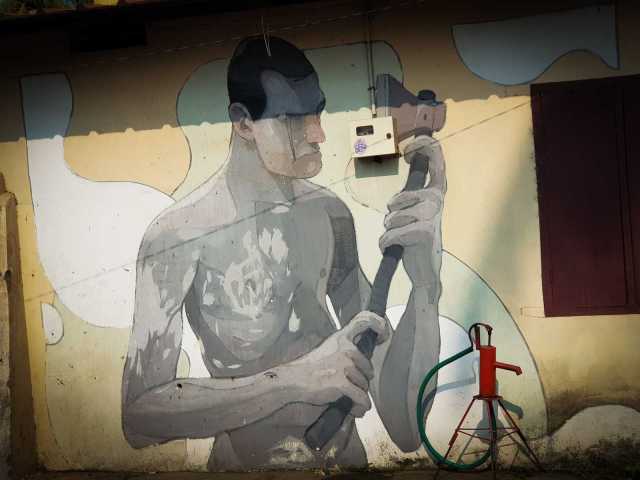 There are some portraits, presumably of famous locals, strewn all over Fort Kochi. Accompanied by Malayalam text (which I could not understand). The works seem to be part of a street art project. 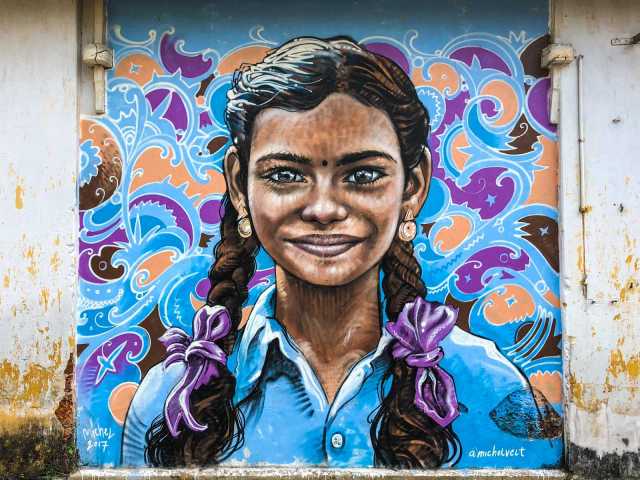 Mattancherry is the spice market district inside Fort Kochi, and walking along here the fragrance of the spices is almost like a perfume. Inside Mattancherry there are a few art galleries as well. But on the way there, I noticed advertisements of art exhibits, which were hand painted paste-up works. There was a very Zine feel to them. 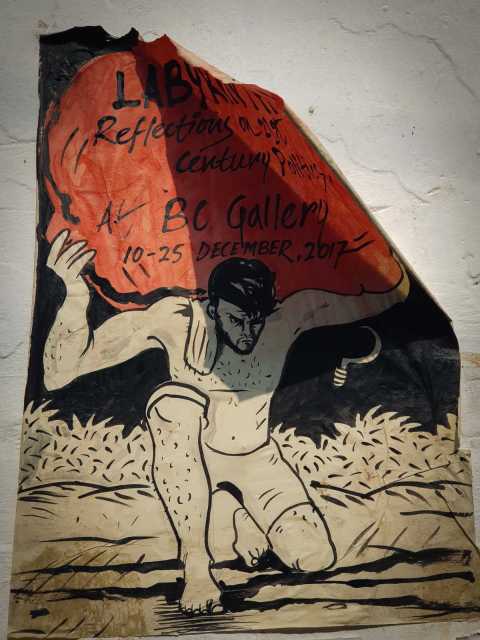 But when in Kerala, it would be a pity, if you don’t dig out a street mural paying tribute to one of its local superstars — Mammotty! Engage in a conversation with locals on the Mammotty vs Mohanlal (the other superstar) debate, and watch in fascination how fans defend their favourite and take down the other. 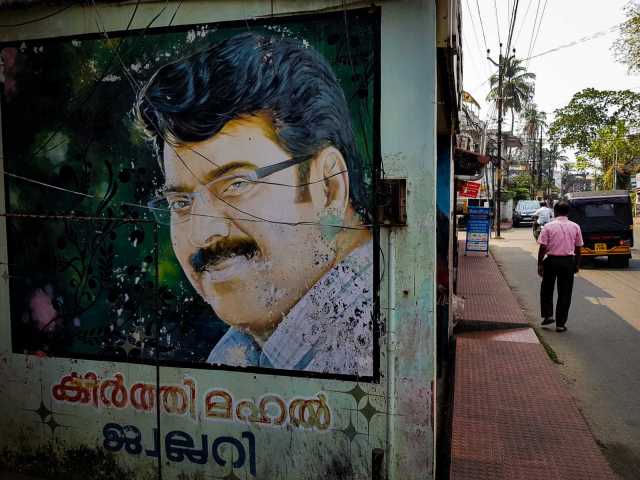 All the art work shared here, most of it at least, seems to have been commissioned. But what’s street art if there is no element of rebellion involved? Fort Kochi was plastered with art work which fulfilled that gap as well. I shall talk about it in a future post.

Till then, keep guessing who I am talking about.

One thought on “Street Art in Fort Kochi: 12 murals that had me impressed”