Outside of India, I have never been on road trips.

So when my cousin floated the idea of going to Venice from Munich via road, I was completely on board. Unlike travelling straight to the city via a plane or train, road trips present immense opportunities for doing things at your own pace. The presence of a fixed train or flight schedule can be limiting to travel. This road trip just reiterated that fact.

On crossing the Austro-Italian border, one of the first detours we took for lunch was in a small town called Trento. This was completely unplanned, with the only agenda being having a traditional Italian pizza. 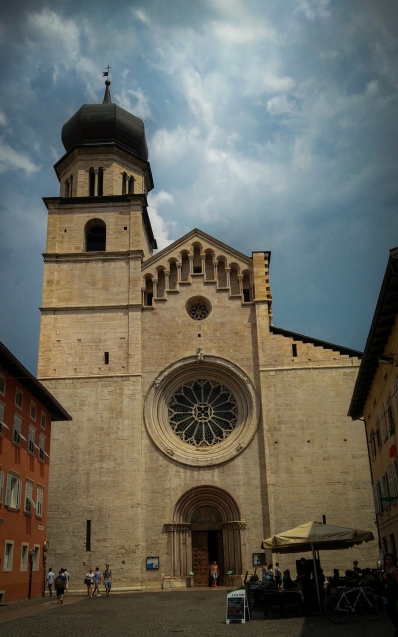 Off the highway we were quite close to the city centre of Trento. But just like most European cities, as I would later learn, there are lots of restrictions on parking your vehicle. If you are near a medieval city centre, then you have to look out for the No Parking zones. As only the citizens have the privilege of parking within.

Entering the city centre, the first thing I saw was the facade of a church. Taking a left, we entered a traditional Italian square, which I later learned was called the Piazza Duomo. With a fountain located in the middle of the small piazza, which had a church right behind and mountains on the right, it took me no time to start using my camera. 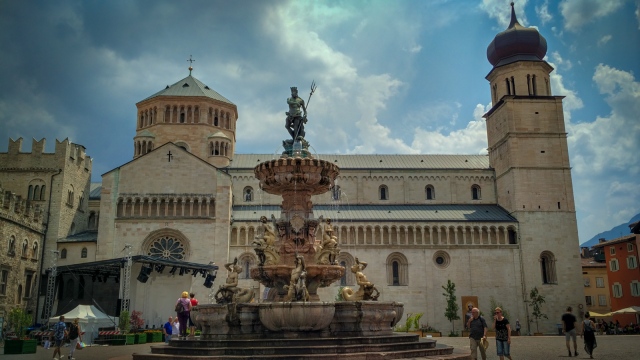 The church, called the St Vigilio Cathedral, was made in brown sandstone and unlike many European churches, did not have towering spires. The front facade of the church had the Romanseque circular window – the rose window – something similar to the one on the Santa Maria Del Pi of Barcelona or the Notre Dam Cathedral in France. One side of the church had an onion-shaped dome top. Whereas just above the apse region was an octagonal roof structure. The Cathedral is said to have been built atop an existing church going back to the 6th century. Behind this church, were remnants of what looked like fortifications with a clock tower at one end. 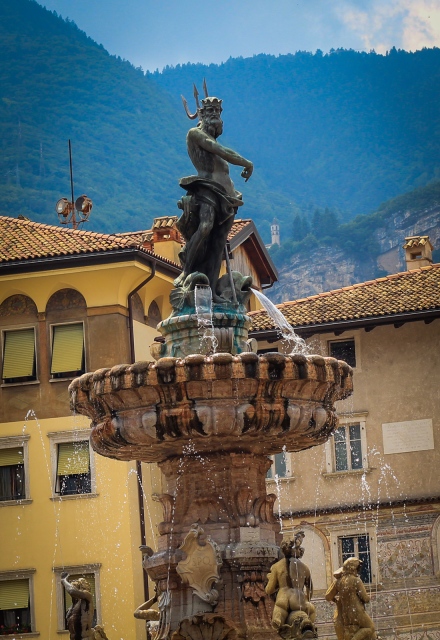 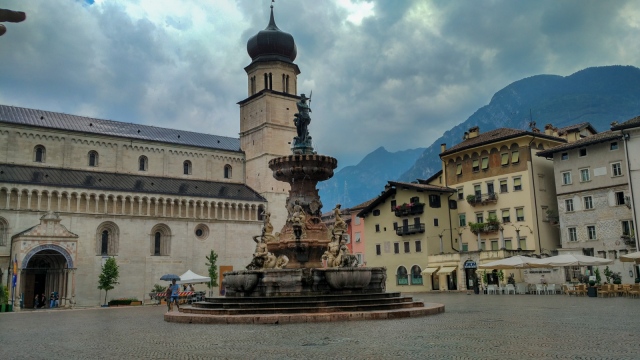 The Piazza Duomo had a fountain in the middle, which had the trident sporting Neptune on it. Surrounding the piazza, were buildings which looked like they were from another era. Some of these buildings had facades painted with biblical scenes. A gelateria here. A farmacia there. A ristorante around the corner. Most of the buildings were four to five stories high with semi-cylindrical orange coloured roofs covering them on top.

The restaurant we went to for lunch was much more modern. The pizza I ordered for, was hot, thin-crust, uncut, ham-mozarella pizza with lots of olive oil and pickled tomatoes on the side. Washing that down with Paulaner beer while it drizzled outside is one memory I now associate with the place. 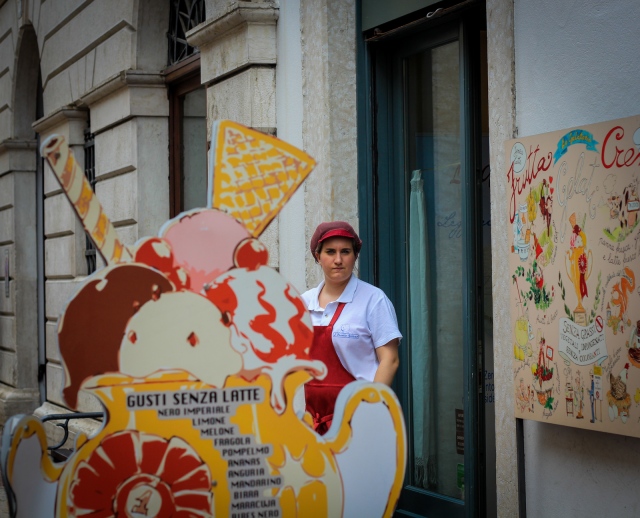 Since this was just a detour, I didn’t really get to explore the town much. But Googling the place later, I came to learn that Trento was annexed to Italy only in 1919, till then it was part of Austria. It is an autonomous town, that explains why there were flags with a coat of arms, and which didn’t have Italian colours, in a lot of establishments. It is located in the Aldige river valley region of North Italy. 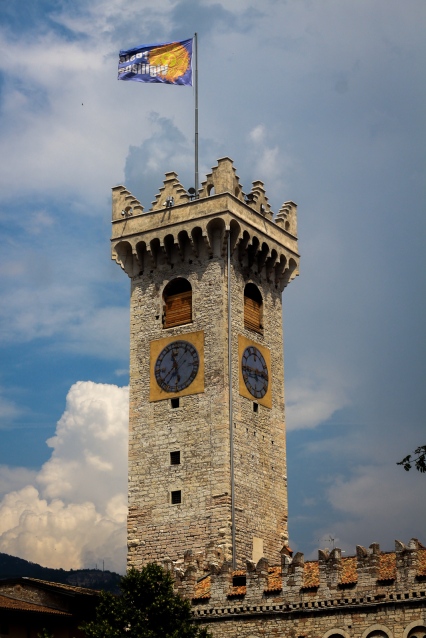 Unlike most detours, this one turned out to be a great experience. Suddenly I wanted to see more such small Italian towns. With their grand cathedrals behind charming piazzas.

We did do that. But that’s another post, for another time.