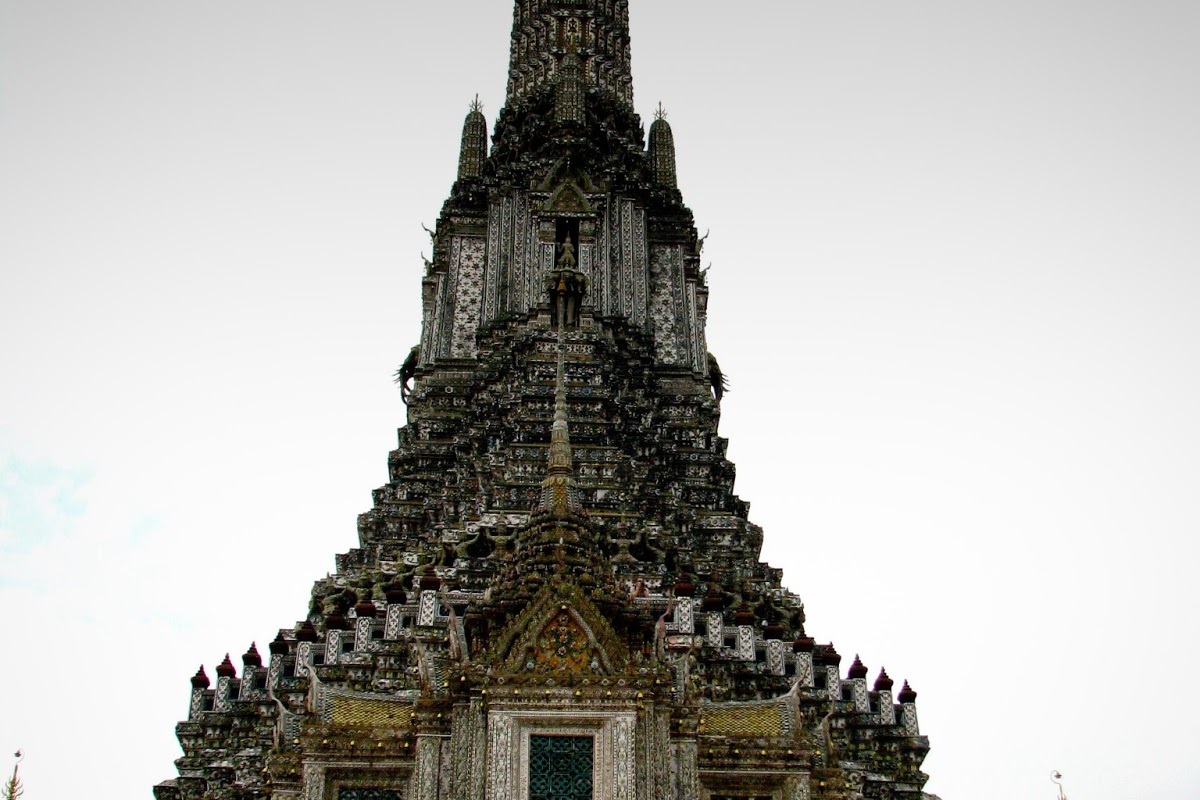 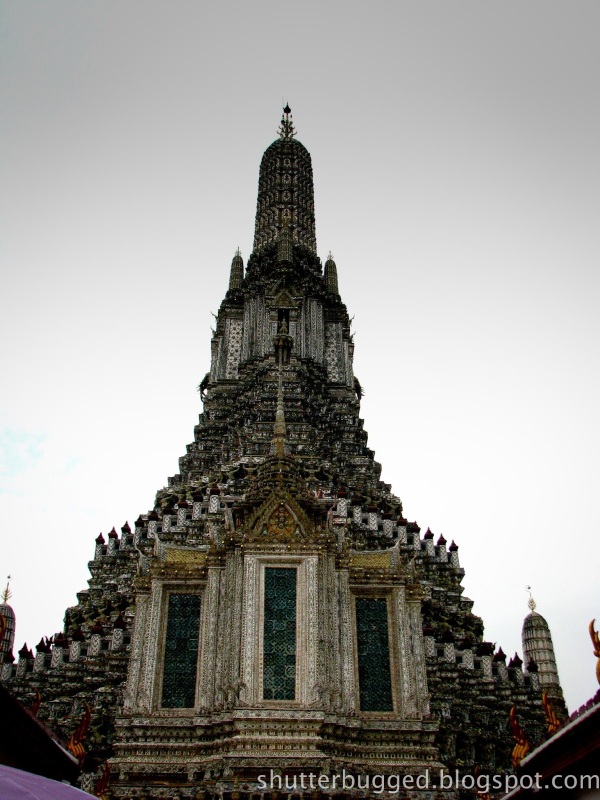 As promised, here are the photographs from within the Wat Arun complex. This temple looked markedly different in appearance as compared to other Wat’s i had seen till then in Bangkok. There were no elaborate wavy sort of roofs around the complex, no excessive use of the golden colour on the structure and no sort of sanctum sanctorum so to speak. On reading up on the temple in its complex learned that the architecture is Khmer, which is of Cambodian origin. 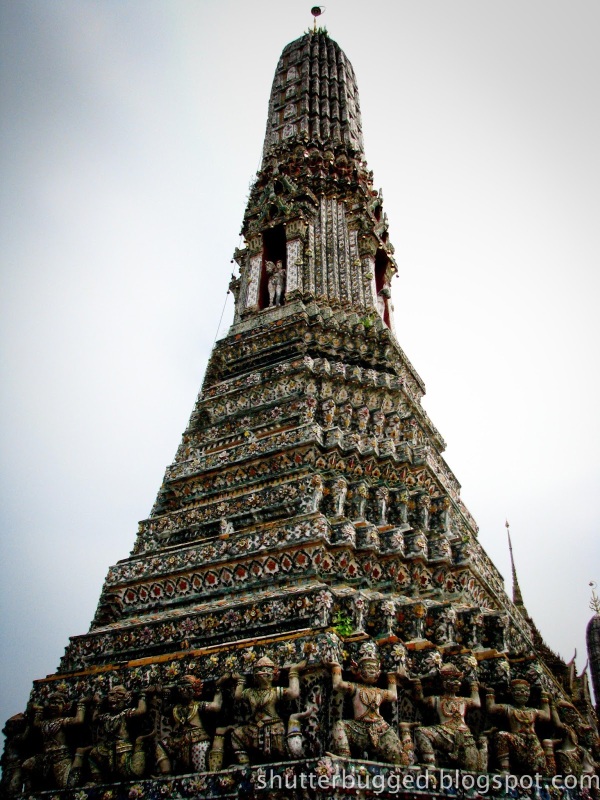 Wat Arun is a blend of Khmer and Thai architecture and commemorates the the Indian god of dawn Aruna – ah the amalgamation of cultures! One thing that is conspicuous about Wat Arun is the intricate detailing on the main structure – called as ‘Prang’ – and also the surrounding four structures. You will notice that a lot of the material used to adorn the sculptures and the temple exteriors is broken piece of glazed porcelain.

The temple has these insanely vertiginous stairs leading upto the third terrace which has Lord Indra or as he’s popularly known in this part of the world Erawan riding on a multi-headed elephant on all the four sides. These stairs may look normal from the ground up, but as you ascend you realise that it is quite a steep climb and you will not dare to climb without holding on tightly onto the side railings.

Like i mentioned above, the main ‘prang’ of the temple is surrounded by four smaller prangs. As you are climbing up the main prang and enter the third terrace from where you can get a beautiful view of this temple town and the Chao Phraya river, you hear a pleasant and repititive sound. You can’t realise the source immediately, but if you stare hard at the top portion of the picture, you will notice some golden coloured leaf-shaped structures. They are in fact windchimes which add an element of sound thereby taking the spiritual experience to a whole new level. A zoomed in image is attached below. 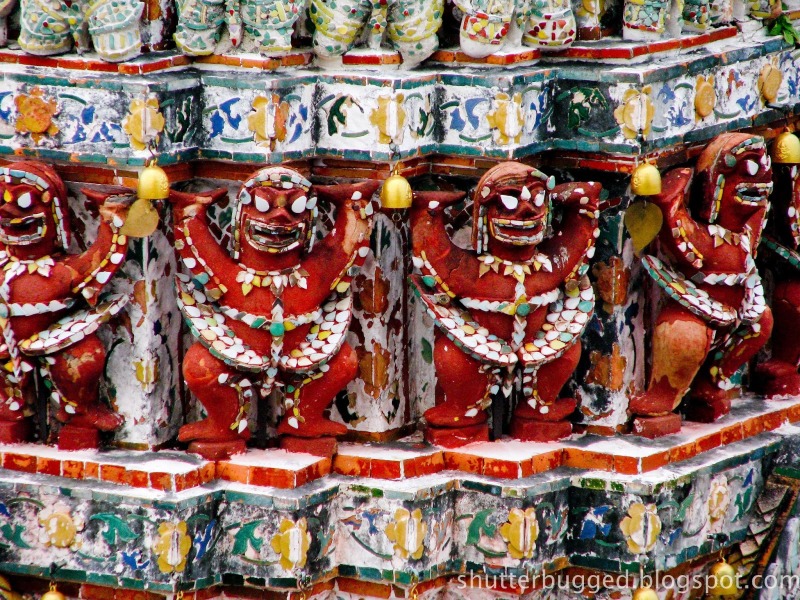 The temple-guards of Oriental origins are found around the complex and with fine liveries at that. 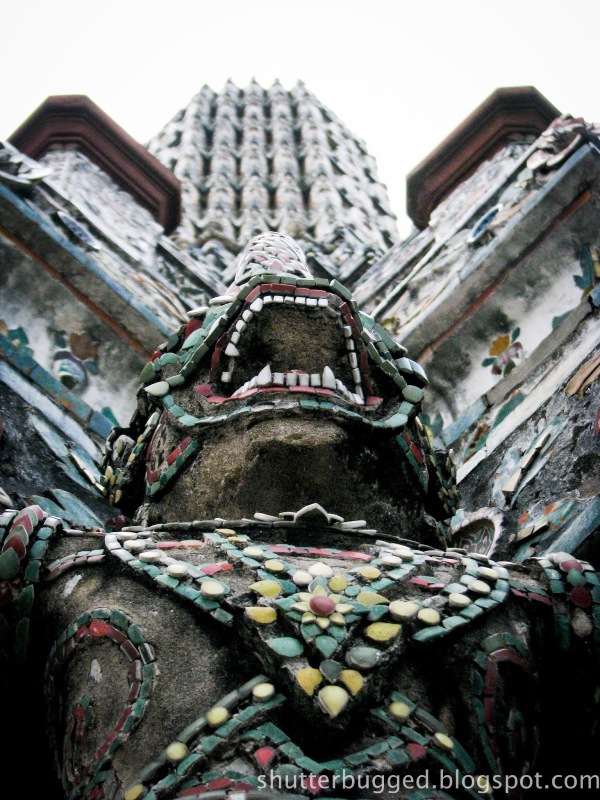 3 thoughts on “Intl Saturdays 26: Wat Arun: Temple of the Dawn”