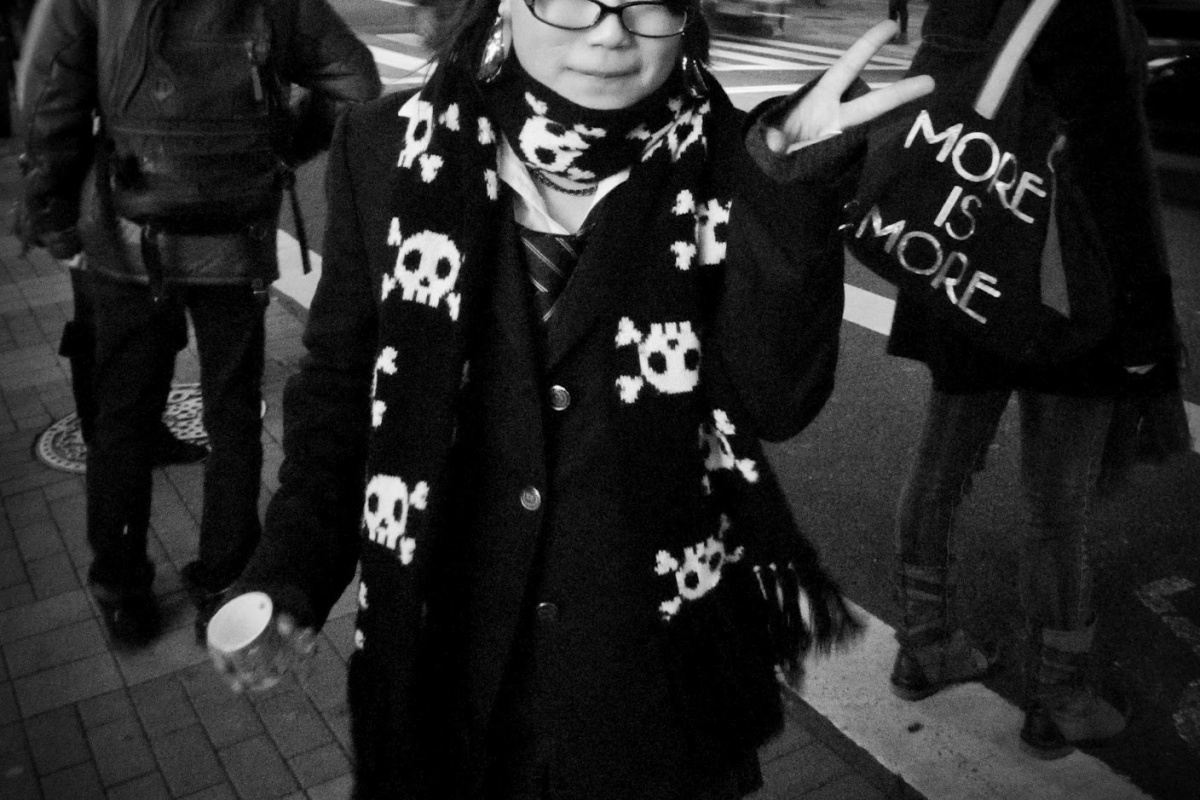 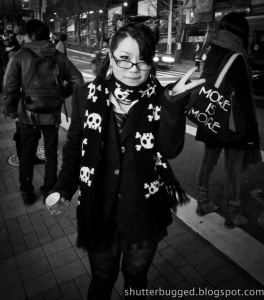 Tokyo has this street called the Takeshita Dori bang opposite the Harajuku metro station. Takeshita Dori is a 400-500m long pedestrian-only street. It is littered with eat-out joints, fashion botiques, a variety of independent shops selling various accessories, video-game parlors and so on. But the real reason to go there is to witness Japanese youngsters dressed in their favourite anime characters. The amount of detailing some of them go to is insane, and i will showcase some of those in the coming Saturdays.

This was the first girl I came across as i was entering the Takeshita Dori, who was hanging out with a group of her friends, also dressed in costumes, and just having a good time. When i pointed my camera in her face, she quickly gulped down the drink she had and flashed the traditional peace sign (which apparently a lot of Japanese people whom i photographed do) as she posed. I really loved her scarf with those skull and bones symbol:)

One thought on “Intl Saturdays 5: The Harajuku GIrl 1”